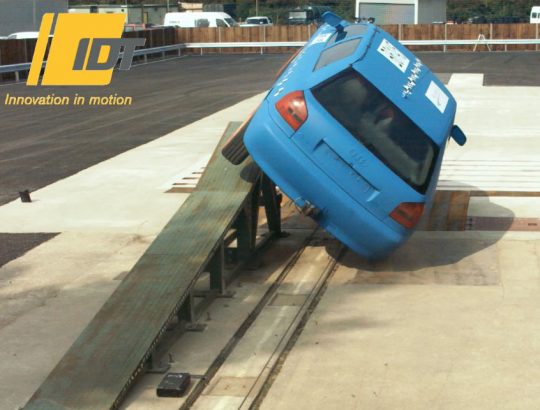 Millbrook Proving Ground (UK) have recently launched a new test facility, for roll over tests. IDT were pleased to be involved in this, by supplying extra cameras for the publicity filming of the initial vehicle test.

The launch was covered by Automotive Testing Technology International. Their report is available upon request.

See the movie in our gallery now.