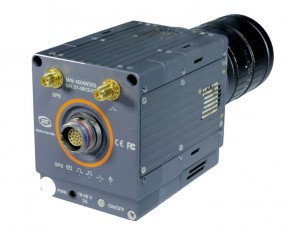 For military applications, an IRIG time stamp has become fairly commonplace. IRIG is a satellite based timing system, which can be received by the camera, and an on screen display or the time, accurate to the microsecond can be included on all images. Although this allows the timing of the images to be accurately determined, the cameras are still not synchronised; ie images are not taken from all cameras at the same instance.

IDT have taken the use of satellite timing one stage further, which DOES enable full frame synchronisation from a satellite signal. What is done differently is that the internal clock used for framing is reset to be in sync with the timing source. The result being that all cameras which are operating from the same time code are framing totally in sync with each other. The advantages are numerous:

A GPS receiver is now included as standard in all Y- and NX-Air cameras, and as an option in Os-Series cameras. All that’s need in addition to the camera is a low cost antenna. 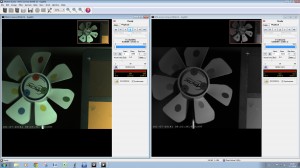 This image shows the playback from two cameras being controlled by the same software. It can clearly be seen that the two images were captured at PRECISELY the same time.

Find out more about the NX-Air cameras here